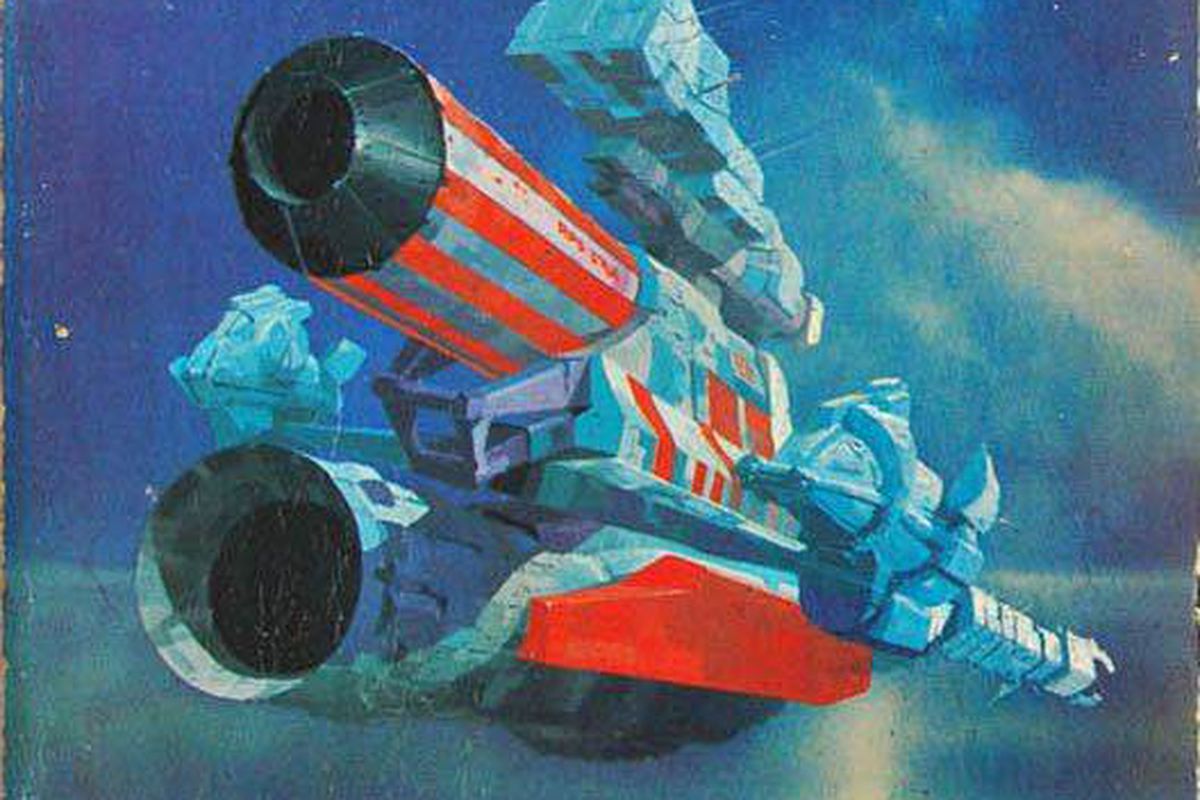 Apple has given a straight-to-series order for an adaptation of Isaac Asimov’s acclaimed science fiction Foundation trilogy after picking up the show for development earlier this spring.

In April, Deadline reported that Apple was developing an adaptation of the series, which adds to the company’s growing list of original content offerings as it seeks to compete with the likes of Netflix, Amazon, and Disney. The initial order for the show is 10 episodes.

The show comes from David S. Goyer (Batman Begins, Man of Steel) and Josh Friedman (Terminator: The Sarah Connor Chronicles and the upcoming Snowpiercer TV show), who began work on the project last year with Skydance Television. The studio also worked on this year’s Netflix series Altered Carbon. The project is potentially huge for Apple: the novels are incredibly popular reads, and have served as a (forgive me) foundational basis for a number of other science fiction stories, such as Star Wars.

Apple has already greenlit a number of shows as it prepares to ramp up its own streaming video service, which could arrive as early as March 2019. The company has reportedly invested $1 billion into new shows, and has ordered a series set in space from Battlestar Galactica’s Ron Moore, a reboot of Amazing Stories (although showrunner Bryan Fuller has since left the project over creative differences), a futuristic, Hunger Games: Catching Fire-style drama from Steven Knight called See, and an untitled drama about a network morning show, starring Reese Witherspoon and Jennifer Aniston.

Asimov’s Foundation first appeared in Astounding Science Fiction as a series of short stories between 1942 and 1950. Although he loved reading and writing historical fiction, the research required for writing real historical fiction was impractical, he wrote in his biography, I, Asimov. Instead, he decided to make up his own: a “historical novel of the future, a science fiction story that read like a historical novel.” After reading Edward Gibbon’s The History of the Decline and Fall of the Roman Empire, he realized he could do something similar: tell the story of the rise and fall of a galactic civilization.

He took the idea to his editor at the magazine, John W. Campbell Jr, who liked the idea, and conceived of it as a “long, open-ended saga of the fall of the Galactic Empire, the Dark Ages that followed, and the eventual rise of a Second Galactic Empire.” Asimov eventually collected the resulting five short stories into Foundation, which told the story of a mathematician and psychologist who predicts the fall of the 12,000-year-old Galactic Empire, and creates a repository of knowledge called the Encyclopedia Galactica, designed to stave off the coming dark ages.

FANS OF THE NOVELS INCLUDE ELON MUSK

The series follows the development of this foundation, the fall of the empire, and the efforts to reestablish a galactic civilization. The following novel, Foundation and Empire, documents the struggles between the remnants of the Empire and the Foundation, as well as the rise of a singular figure known as The Mule, who seeks to destroy the Foundation. Second Foundation, the final novel in the original trilogy continues to follow The Mule’s efforts to destroy the Foundation and its followers. Asimov later returned to the universe in the 1980s with several additional sequels, Foundation’s Edge and Foundation and Earth, and eventually tied the series together with his equally famous Robot sequence with Robots and Empire. The trilogy earned accolades from fans and even earned a one-off Hugo Award for “Best All-Time Series” in 1966. Fans of the book include Elon Musk — who included a copy of the novels onboard the Tesla Roadster that he blasted into space earlier this year — and the series has certainly provided some inspiration for the likes of more familiar science fiction stories like Star Wars and Frank Herbert’s Dune.

An adaptation of Foundation could give Apple a leg up when it comes to competing with other streaming services, almost all of which are looking at big, complicated science fiction and fantasy dramas. In the last couple of years, Hollywood has increasingly been turning to genre novels to adapt into shows and movies, resulting in some incredible productions, such as Syfy’s The Expanse, Amazon’s The Man in the High Castle, Netflix’s Altered Carbon and forthcoming Lost in Space, HBO’s Game of Thrones, and Hulu’s The Handmaid’s Tale.

That original content race is only heating up: AMC just ordered a series based on Joe Hill’s horror novel NOS4A2 (Hulu also ordered an adaptation of his comic, Locke & Key, but ultimately passed on it — it ended up at Netflix). Amazon is developing a series based on Iain M. Banks’ Consider Phlebas, adaptations of Ringworld, Snow Crash, and Lazarus, a show set in J.R.R. Tolkien’s Middle-earth, and is rumored to be eyeing an adaptation of Cixin Liu’s The Three Body Problem. Disney is planning a live-action Star Wars show from Iron Man’s Jon Favreau, while Hulu has ordered an adaption of Catch-22 with George Clooney. That’s an incredibly crowded field for Apple to jump into; for science fiction fans, it’s a golden age of generally well-crafted scripted dramas that are doing justice to some of the genre’s classic stories.

There have been efforts to adapt the series before: The BBC adapted the novels as a radio drama in 1973, but the first attempt for film came from New Line Cinema in 1998, which didn’t go anywhere. In 2009, Stargateand Independence Day director Roland Emmerich signed on to develop and direct an adaptation, which also failed. After production stalled, HBO acquired the rights in 2016 and brought on Jonathan Nolan to write a series based on the novels, only to get dropped in favor of Nolan’s work on Westworld. Looking at the scale of the novels, it’s easy to see why these earlier projects might have failed: packing a book like Foundation, with its numerous characters, locations, and jumps in time simply wouldn’t translate into a two-hour film. But we’re now in a golden age of scripted genre television, where studios have found that the medium is well-suited to tell a complicated, sprawling story.